Well, for years I've wanted to see some art, a painting, photo, etc, of today's version of haystacks. I just found some. This artist makes lots of abstract scenery paintings. It's cool! 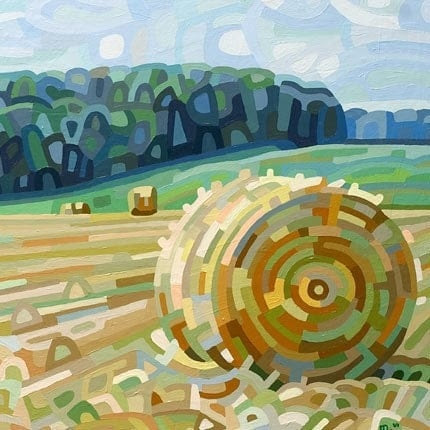 I love this furniture

I clipped out an article about this guy in 1991 and just found it while emptying boxes into the new bookshelf (it's done - yay!). I think my favorite is the one entitled "oops"
Posted by suzannejb8 at 9:47 AM 1 comment:

I saw it on Barb's blog.

In today's Forward Movement wise words were used to describe problems of Religious Fundamentalism. They express my sentiments as well:

The rise of religious and political fundamentalism in recent years alarms me. In general, the trend takes the form of substituting its goal (total control over the lives of everyone it can dominate) for the goal of all true religion-that God should be honored by the human creation's living out his image within us. That image, as defined by Judaism,Christianity, and Islam, is of a God merciful and compassionate, who longs for the salvation of the world from the false gods who encourage cruelty, greed, and arrogance.

Yet these are the very qualities most evident in terrorist groups created in the guise of religion, or the un-Christian hate groups declaring whom God hates. Such are certainly rooted in fundamentals of a kind-the traits of human nature which we know as "original sin." The certainties of the purity police have nothing in common with the "foolishness" of a God who puts himself at the mercy of our sin in order to persuade us of his love for us, nor their violence with the apparent weakness of that strategy.

Posted by suzannejb8 at 8:47 AM No comments:

some people have deer in their backyard . . . 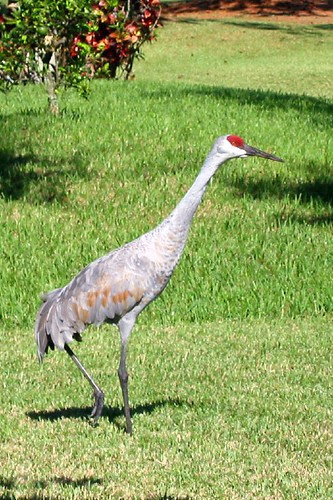 Hack Attack: Turn Your Windows PC into a Media Center Powerhouse On the Cheap from Lifehacker

If you've purchased a new Windows computer in the past few years that's running Windows Media Center Edition or Vista Home Premium or Ultimate and you aren't taking advantage of its baked-in DVR Media Center software, it's time we change that. Why? Because after installing a $70 capture card in your computer and a bit of freeware third-party software, you've got all the tools you need to record television shows on your PC's built-in Media Center, extend that Media Center to your Xbox 360, schedule recordings and stream TV over the internet.

Install a Capture Card
In order to record television on your media center PC, you need to be able to plug your coax cable into your computer. For this purpose, God invented tuner cards—hardware you plug into your computer that handles all the heavy lifting of recording video. If you don't already have a capture card of some sort installed in your PC, this is the only monetary obstacle you'll need to overcome.

It's not really much of a hurdle, though, once you realize that capture cards are pretty cheap (especially least compared with the cost of a TiVo) and installing a PCI card inside your PC is an extremely simple process. There are a lot of cards on the market, but I've always had good luck with the Hauppauge cards, and you can score the Hauppauge PVR-150 for just $70.

This is from a movie that's coming out 12/7. I looked at the preview, and it seems like it is Lord of the Rings meets Harry Potter meets The Lion, the Witch and the Wardrobe. Seems like it will be good on the big screen.
Posted by suzannejb8 at 3:20 AM 3 comments:

How To: Teach a child to program

Wired magazine's How To Wiki has an interesting article on how to teach your kid to program. Since I have a budding twelve year old hackerino, I was intrigued by this information.

Among the answers given were Logo, a kid-specific programming language (who knew?), Lego Mindstorms (robots!), and GameMaker, a free programming interface. If you are teaching your child to program, please share in the comments how you're going about it.

Teach a Kid to Program [Wired How To's]